The recent spate of hurricanes coursing across Florida and other long-suffering states and islands, has – once again – heightened public interest in various structural systems, particularly in regard to storm loading resistance. This seems an entirely appropriate time to discuss the various aspects of SIP construction that merit our special attention for maximizing wind load resistance, as well as celebrating those SIP properties that seem to offer promise that SIP-built structures may prove to be among the more reliable and resilient of storm-tossed structures. 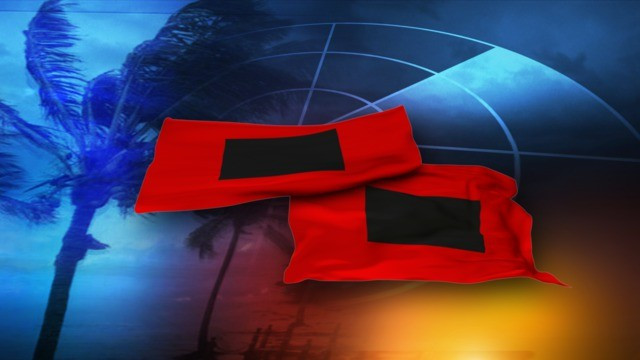 past – and over – the structure. The wind pressures apply two distinct force families that need to be addressed: transverse pressure and suction on the surfaces (suction, when applied to roofs, results in uplift forces), and overall lateral loads on the entire building. The transverse pressure on a SIP can be treated like a distributed load, with allowable spans calculated vary similarly to roofs under snow loads. The connections between SIPs, and to their supporting structure(s), gets particularly interesting when the wind pressure is negative – or suction. Roofs and leeward walls can be sucked right off the supporting structure, if they are not adequately attached. These suction areas are, generally, worst near building edges and discontinuities. Films of peeling roofs almost always show the tearing away initiating near an edge and only then migrating across the rest of the surface. If the edges of the roof are held down adequately, it is unusual for the center to lift out and away. This substructure must, in turn, be adequately held down (or in) to any further supporting structure, with the applied loads growing as they are channeled and funneled toward the foundation. The connection between the superstructure and the foundation is especially important, and can engage the SIP walls, if only with built-in hold-downs and joint inserts.

The other major wind loading concern is with overall building resistance to lateral forces. Even with steel skeletons, most SIP-enclosed buildings could resist lateral loading by carrying the vast majority of the wind loads in the SIP skins. Most SIPS are double-skinned with OSB and interconnected into a single, very rigid, large sheet of wall or roof panel. If the connections between the walls and the roof, and between the walls and the foundation are stiff enough, even X-braced steel frames will not carry as much of the lateral loads as will the overlaid SIPS. The trick, though, is to make sure that those connections are also strong enough to resist all the line shear forces that will need to be passed through those plane intersection lines.

One of the things going for SIPS is that the detailing required to make the SIP enclosure system act as a very effective lateral load resisting system can be fairly simply calculated and drawn, by engineers with only minimal experience with SIPS. And most SIP buildings are still subjected to engineering review, and are, therefore, more likely to be adequately designed and detailed to resist even unreasonable storm loadings. The other potentially great aspect of SIPs is their resistance to impact. During hurricanes and tornados, missiles – or flying debris cause most storm damage and injuries to people. Recent building codes require walls to withstand what has become known as “the stud cannon,” or a 2×4 launcher with an 80 mph muzzle velocity. It seems entirely likely that SIPs, with their foam-backed double skins, would prove far more resistant to this sort of abuse than most other common wall systems. This certainly merits further testing, but offers tremendous sales and code acceptance potential.